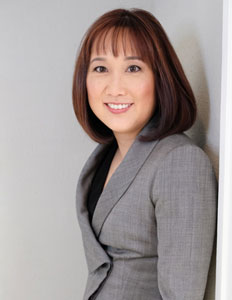 Tisha Dodge believes an entrepreneur can make a profit and serve a greater good. Her law firm, Dodge Legal Group, SPC, is the first Social Purpose Corporate Law Firm in Texas and provides legal services to start-ups, established businesses, and non-profits, empowering you with legal knowledge to maximize business growth.

Practice areas include: business formations, contract law, employment law, intellectual property, and Internet law known as cybersquatting (domain name disputes). Tisha Dodge is able to assist you with legal advice as a lawyer and with practical advice as a fellow business owner who developed her own law firm through entrepreneurial classes and one-on-one counseling in 2006. In the first six months, she was able to double her income. She now volunteers for non-profit organizations to help other business owners to achieve the same success and to give back to the community that helped her. Since 2006 she has been regularly educating small business owners locally and nationally. Tisha has also been selected to assist in national conference training for Small Business Development Professionals (sponsored by the U.S. Small Business Administration) from across the U.S., Canada, and Latin America in 2012-2019. She also serves as an Adjunct Law Professor at Texas A&M University School of Law in its Community Development & Entrepreneurship Law Clinic, providing entrepreneurial services to underserved communities while simultaneously training law students, lecturing on Business Entities and Creating & Operating Nonprofits. She has also been selected to provide seminars to other lawyers on setting up their own law firms.

As an entrepreneur herself, Tisha works to stay on the cutting edge of her own industry and was an early authority for Texas Series LLCs. She also created the first educational source teaching entrepreneurs about these Texas Social Enterprises through StartUp Greater Good, PBC, the first Texas Public Benefit Corporation dedicated to Social Entrepreneurs. Additionally, the American Bar Association Journal, a publication read by half of the 1 million lawyers across the country, interviewed her due to her knowledge of the latest in technological apps for lawyers.

Tisha earned her BA in Political Science from George Washington University in Washington, D.C. Tisha graduated from Southern Methodist University Dedman School of Law in 1995. She is admitted to practice in all state courts of Texas, the United States District Courts for the Northern, Southern, Western, and Eastern Districts of Texas, and the Fifth Circuit Court of Appeals. In 2004 and 2005, Tisha was recognized as a “Texas Rising Star” Lawyer by Texas Monthly Magazine, which identified the top 2.5% of up and coming Texas attorneys. She has prosecuted complex litigation cases in over 15 states and is licensed by the Texas Department of Insurance as a Property & Casualty General Lines Agent 2007-2020.