Corporate Bullies – The Courts are Their Playground

Going up against an 800-lb gorilla of a competitor in court isn’t always what it appears to be. Sometimes their motives are just like a 3rd grade bully. They don’t care if they lose. They just want to make sure you don’t win. Keep reading to find out why.

The twisted story of the Pretzel Crisp 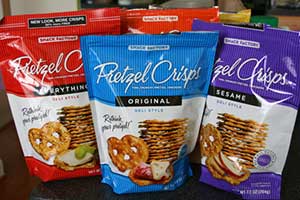 Pretzel Crisps were invented by Sara and Warren Wilson. Sara got the idea when she was working in a puffed pretzel factory and started asking herself, “What if you took the middle, the air, out?”

Her idea for a deflated pretzel started to take shape and the Pretzel Crisp was born. Sara and Warren weren’t new to the world of product development. They’d been doing it since 1970. The epitome of serial entrepreneurs, their previous ventures included:

The Pretzel Crisp was literally an innovation that was ahead of its time. Even though Sara came up with the concept in 1994, the technology needed to manufacture Pretzel Crisps wouldn’t exist for another decade.

Dealing with new product launches for nearly 25 years, the Wilsons were well-versed in the steps needed to get patents for their products and trademarks for their product names. So, in 2004, the Wilsons patented the process for making their flat pretzel chips and, in 2005, the Wilsons’ company, Princeton Vanguard, LLC, filed a trademark for the name “Pretzel Crisps.” 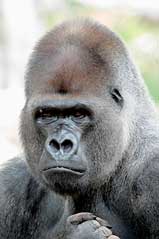 Frito-Lay North America, Inc., whose Rold Gold pretzel products and Stacy’s Pita Chips competed with Pretzel Crisps, filed opposition to the trademark application for “Pretzel Crisps.” Frito-Lay, the “800-lbs gorilla” of the snack food industry, claimed that term “Pretzel Crisps” was generic so it could not be trademarked.

A big part of the U.S. Trademark Trial and Appeal Board’s analysis was whether “Pretzel Crisps” was a compound term or a phrase. (What do you know? A real life use for all that sentence diagramming you learned in high school.)

Frito-Lay argued “Pretzel Crisps” was a compound term while Princeton Vanguard argued it was a phrase.

You’re diagramming sentences in your head now, aren’t you?

I could spend the rest of this post explaining the nuances of grammar.

I could review all the examples of other types of crisps like Special K Cracker Crisps, Triscuit Thin Crisps, Wheatables Nut Crisps, Kashi Crisps, and Pop-Tarts Mini-Crisps.

I’ll spare you the details and cut to the chase.

The TTAB ultimately said it was generic and “Pretzel Crisps” could not be trademarked. The Wilsons spent $1 million in legal fees and almost a decade to get this decision in 2014, but they haven’t given up the fight. They plan to continue arguing for the distinctiveness of the Pretzel Crisp.

How is this a case of “Corporate Bullying”?

Frito-Lay didn’t oppose the trademark because it infringed on one of their products. They did it to give the Wilsons a smack down, draining their time, energy, and resources.
“The big companies will do this to rough up their competitors,” said Barton Beebe, a professor at the New York University Law School who specializes in intellectual property law, “If they can’t win in the marketplace, they try to soften them up with legal fees and distract them. Even if they lose the case, it’s a Pyrrhic victory because the small company has wasted so many resources.”
Mr. Wilson also said, “This fight is about a big company that wants to dominate the snack food category by crushing a little company like ours rather than by competing with us.”

There’s more than one way to win

Pretzel Crisp may have technically lost the legal battle before the TTAB, but their sales have exceeded $100 million and are growing. Meanwhile, Frito-Lay’s Rold Gold pretzel sales are declining and their attempts to sell their own flat pretzel fizzled out after a few years.

Who do you think was the real winner here? This case was about more than the legal technicalities of grammar. A name generator (or selecting a different name) might not have made any difference if the real motivation of Frito-Lay was to disrupt the Wilson’s business. Unfortunately, I see this situation arise in different contexts with my own clients. Their competitors attempt to use legalities when the real battle is a fight for customers.

There’s more to being a lawyer than quoting the law

The real value of a lawyer isn’t having someone who can regurgitate the mechanics of a trademark to you. It’s about having someone in your corner who understands the law and sees through the technicalities (and sees what’s really going on) to help you make important business decisions that could literally affect your business for years to come.

The Wilsons are seasoned entrepreneurs who knew great success (and not so great success) but they persevered through this process: a decade developing the product and getting it to market; a decade in legal battles; $1 million in legal fees. Why?? The answer was not in the TTAB ruling or in the newspapers, but from the Wilsons themselves. Can you figure it out?

Not sure? Ask me at our next Free Legal Forum. You can ask me any legal question for free (and, yes, I’ll answer it for free). Spaces are limited to the first 15 people so click here now.