How Failure Is the First Step Toward Success

If broken New Year’s resolutions have you down, take heart. You have a second chance. 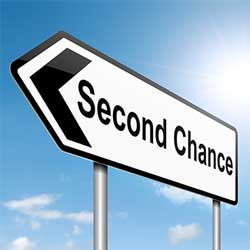 I feel fat. I ate too much with all of our holidays. I was still eating pumpkin pie well into January. Then I indulged in Valentine’s Day sweets, planned President’s Day pizza (which turned into a burger -long story), and finished Mardi Gras King Cake well before Tuesday. So much for my New Year’s resolution to eat healthy.

Just as I was about to grab a magic marker and draw a big “L” on my forehead I remembered I have a second chance at keeping my resolution, and so do you. So take heart and put down that Sharpie because Chinese New Year starts on February 19th, 2015.

You’ve got another chance to re-declare your New Year’s resolutions and start again! As entrepreneurs, it’s essential for you to reaffirm when you get off track of your goals.

2015 is the Year of the Goat. Imagine a goat clambering over a mountain or grazing in lush green fields. The Year of the Goat has an emphasis on environmental matters (real estate matters for many of us) and healthy living. It’s also a good year for art, fashion and self-expression. If you decided on a healthy living intention for 2015, the energy of the goat can especially help you.
So although I’ve had a major slip up, I’ve decided to try again and re-affirm my intentions for 2015, including healthy eating. 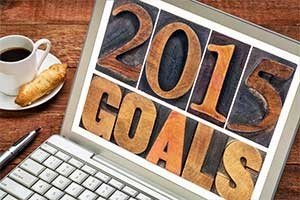 Some of us set our New Year’s resolutions and then give up the first time we slip. Why? For some of us, it might be a perfectionist expectation of ourselves (yes, you know who you are). For others, it might be that you really didn’t want it in the first place. Believe it or not, this can be a good thing. Sometimes we have to try something, and fail before we can realize we really didn’t want it all that much in the first place.

Now if you set your New Year’s resolution and you do really want it, Chinese New Year gives you your second chance to try again.

Every Failure Puts You One Step Closer to Success! 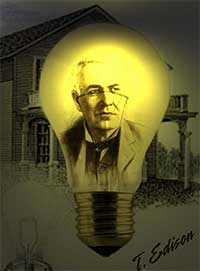 Part of the role of an entrepreneur is to stumble and make a decision to start again, using what we learned to make a better attempt the next time. Thomas Edison, the “quintessential American entrepreneur” was a great example. He advanced our collective technology, holding 1,093 patents, and made a nice profit to boot. He also understood the necessity of failure: “Results!” Edison once exclaimed, as recounted in Edison, His Life and Inventions by Frank Lewis Dyer and Thomas Commerford Martin. “Why, man, I have gotten a lot of results! I know several thousand things that won’t work.”

Edison saw failure as a good thing; it shows us what was wrong, how to do things better, and that failure is unavoidable. We just need to accept it. So the next time you feel an urge to pick up your magic marker in the midst of a mistake, instead consider trying again.