From Cookie Obsession to Global Domination – Birth of a Franchise

Okay, I have to admit that these articles make me hungry. I didn’t expect writing a newsletter would wreak such havoc on my dietary intake. I’ve eaten tons of BBQ, hot dogs, ice cream, spam, gnocchi, and those fabulous chocolate chip potato chip cookies. 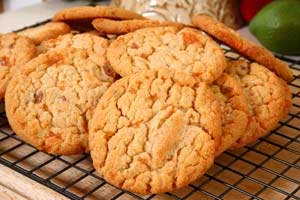 Now I know how Jean Nidetch, founder of Weight Watchers, felt back in 1961. Jean was a 38-year-old “overweight housewife obsessed with cookies” who had struggled with her weight throughout her life. She tried everything to drop the pounds, and even going as far as checking herself into an obesity clinic as a last ditch effort to lose weight. Unfortunately, none of it worked.

Then one day she decided that if traditional weight loss methods weren’t working for her, it was time to come up with something new. Jean found the answer when she asked a few friends to help her form a group where they would combine a sensible diet with group support meetings. It wasn’t long before her small gathering of friends grew to a group of 40 women who would meet, talk about their progress, and keep each other accountable. 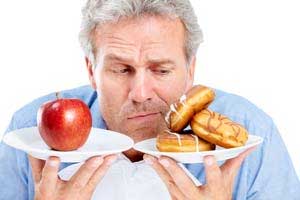 After losing 72 pounds, Jean attracted hundreds of people by word-of-mouth who wanted to join the group. The first meetings were held over a pizza shop where the shop’s owner couldn’t figure out why the hundreds of people lining up outside never bought anything. And, that was the start of Weight Watchers.

The overwhelming popularity of Weight Watchers led to franchising the operations and the brand. This allowed them to operate globally through a network of Company-owned and franchise operations. (Note: In 2004, Weight Watchers stopped selling its franchises and moved to an affiliate program.)

So What Exactly Is a Franchise? 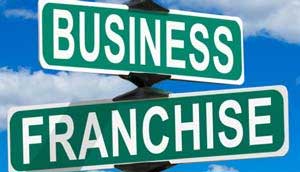 A franchise is a business system in which private entrepreneurs purchase the rights to open and run a location of a larger company. The entrepreneur (franchisee) benefits by tapping into the resources, good will, and name recognition of the company selling the franchise. In exchange, the franchising company (franchisor) gains a larger footprint in the marketplace.

The franchisor signs a contractual agreement with the franchisee, explaining in detail the company’s rules for operating the franchise. In the United States, franchises are typically organized under state laws, although the Federal Trade Commission (FTC) requires franchisors provide full disclosure of franchise contracts in advance. This allows franchisees the opportunity to make a good business decision.

Why We Need The Franchise Rule

The reason why there are rules about disclosure is so prospective franchisees can make an informed investment decision. It prevents deceptive and unfair trade practices in the offer and sale of franchises in the U.S. Most franchisees are entering into a long-term commitment of their time and money. With such a serious investment, it’s important they have all the facts so they can do their homework before purchasing a franchise.