Why the P in IPO Could Stand for Parmesan

If you’re a regular reader of my newsletters, you probably think I’ve never met a food I didn’t like. But if I were to list them all in preferential order, Parmesan would definitely be pretty high on the list. I actually love Parmesan so much that I made a point to participate in “Parmageddon,” an event when Whole Foods attempted to shatter the world record by simultaneously cracking over 400 wheels of authentic Parmigiano Reggiano across the US, Canada and the UK. The “commercial” for it was a compelling 30 seconds. 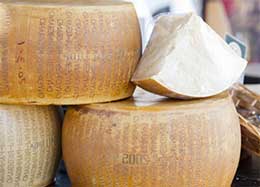 While being part of a world record was enticing, I have to confess that they had me as soon as they mentioned free samples. It was thrilling to eat parm right off the wheel solo, but for me Parmesan is good wherever it is: as a crisp, on (or in) fresh baked bread, or as part of one of my favorite dishes to make on a winter day – Chicken Parmesan. The blend of hearty chicken, spicy tomato sauce, and bubbling cheeses (Don’t feel left out mozzarella. I love you too!) make Chicken Parmesa such a satisfying and comforting meal.

Originally a dish from Italy, Chicken Parmesan has been adopted in various forms all over the world. Here in the U.S. and in Canada, Chicken Parmesan is an entrée or part of a sub sandwich. In Australia, the “Parmy” is served with chips or salad and accompanied with ham. The English have a similar variation called the “Parmo.” 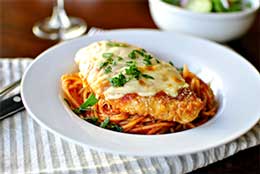 Personally, I start my Chicken Parm off with the Weight Watchers’ version of the recipe. Really, I love it because it’s tasty and I don’t have the mess or time of frying. Frankly, it’s also easier to add my sauce and cheeses if it’s already in the baking dish.

I also use this recipe because it’s healthier. Despite my constant discussion of chocolate chip cookies, I do try to be health conscious. Sometimes this contradiction makes me feel a little like Jean Nidetch, the founder of Weight Watchers who had an admitted obsession with cookies. Click here to read more about the birth her franchise.

Like the Chicken Parm, Ms. Nidetch had a good idea, which spread worldwide as franchise. She also took her company public the same year. So it isn’t just the 50th anniversary of the franchise, but November 15th will also mark the anniversary of its IPO. 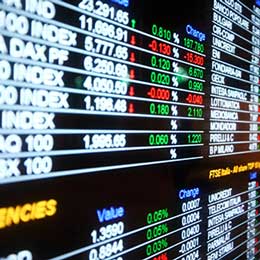 IPO stands for Initial Public Offering, which is a process by which a company “goes public.” The latest big name company to go public was Twitter. So what does this mean for the company? Legally, “going public” means the company:

Some of you small business owners may be thinking about having your company “go public.” Should you? Why?
The Pros of Going Public

The Cons of Going Public

Want to know more? We list 11 advantages and 7 disadvantages to going public. Ask us for the whole “The Pros and Cons of Going Public.”