The Legal Implications of Implied Partnerships

Getting big money from Big Easy was anything but easy.

Mardi Gras (aka Fat Tuesday) is fast approaching. I’m still reeling from all the holiday season feasts and Valentine’s chocolate so I was going to pass on the fat part of Fat Tuesday, but a friend of mine told me about her Mardi Gras tradition of the Chocolate Yummy. This decadent delight is described as a “Cajun Country Specialty.” New Orleans Chef Donald Link’s version combines homemade pecan shortbread, silky chocolate pudding, sweetened cream cheese, and fresh whipped cream. 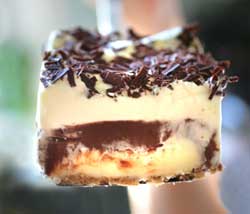 While I love the traditional Mardi Gras King Cake, I think I can also squeeze in my new tradition of the Chocolate Yummy. It would be sweet and cool after having my fill of some of my other Cajun favorites: spicy crawfish, jambalaya, and boudin. Thinking of it makes me wish it could be Mardi Gras all year long, but my waistline is probably glad it only happens once a year.

If we all ate like it was Mardi Gras all year long things might have turned out better for the Big Easy Cajun Café and the Dallas Galleria.

Back in 1999, Dallas Galleria Limited (“Galleria”) entered into a 10-year lease with Big Easy Cajun–Dallas, Inc. (“BEC Dallas”) for a food-court restaurant in the Dallas Galleria mall. In 2002, BEC Dallas defaulted on the lease and abandoned the premises. Galleria sued BEC Dallas for breach of the lease. When BEC Dallas failed to answer, Galleria obtained a default judgment in the amount of $459,732.17, plus attorney’s fees, costs, and interest. Click here to read more about default judgments.

The case went to trial. Both parties appealed resulting in an appellate opinion in July, 2009, 10 years after they signed the lease!

What is an Implied Partnership?

A “partnership” is “an association of two or more persons to carry on as co-owners a business for profit” as defined by the Uniform Partnership Act, which has been adopted in some form by 49 states (except Louisiana). Generally, partnerships are co-owners. They equally share profits, losses, control and management of the business. In many states, partners are jointly and severally liable for the obligations of the partnership. For instance, if one of the partners passes away, each remaining partner may be 100% responsible for the outstanding liability (depending on your state law) even if your partnership agreement divides your individual obligations. 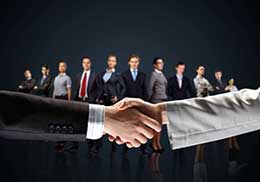 “Implied Partnership” is a partnership that is not expressed, but suggested or implicated. Sometimes “implied” means it is apparent from the actions of the parties but not written or spoken.

The Big Easy Companies were technically separate corporations; their paperwork expressly stated they were independent of each other. The Galleria argued that their shared profits and control made them an implied partnership. Because an implied partnership means shared losses and liabilities, the Galleria argued the other Big Easy Companies should be responsible for paying the judgment against BEC Dallas.

Factors for an Implied Judgment

The Galleria argued profits of individual restaurants were “siphoned into” Big Easy Cajun—Management Corporation and Florida Operations Corporation under the guise of management fees and license fees, or royalties. Then the siphoned funds were paid out as dividends to the two men who were major shareholders of the various corporations. 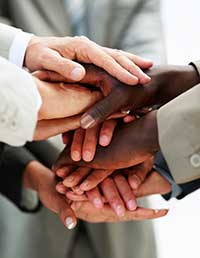 The Big Easy Companies countered by asserting that this was expressly part of the agreement between operators of an individual restaurant and the other corporate entities. The Florida corporation owned intellectual property, safeguarded its value, and performed administrative tasks, and received payment for those services. They argued they didn’t share of control in the various businesses like an implied partnership.

One of the majority shareholders of BEC Dallas had some compelling testimony: He was asked why he organized his businesses as separate corporations. He responded that he did not want a problem at one restaurant to endanger all of his different ventures. His testimony disputed the idea that there was an implied agreement to share liabilities for claims by third parties against the business.

Would it surprise you to learn that the jury and the Justices disagreed with who should have won the case? Many business owners (and investors!) dream of taking a successful business and replicating it to create more locations. Legal separation between your locations is important. Avoiding an implied partnership involves more than just having some fancy legal papers.

Find Out How You Avoid This Type of Problem?

Want to know more? Let’s have lunch “aldesco” (dining at your desk) on March 19, 2014 at 12 noon CST for our free webinar “Growing Pains: Legal Protections for Maturing Businesses ” so you can avoid what happened to the Big Easy Companies. We review the trends across the country for those interested in multiple locations in different states. Space is limited so click here to register for free.